The Stylized Color Grading includes the essence of the color correction processing — it is narrowed down for the anime-looking picture creation. Each of the parameters like Blue Shadows, Green Shadows and Red Highlights seem to be complicated in a designer work field, but in Stylized Color Grading each of them were made to be working by their own formula tailored for the animation film stylistic look. Using a simplistically looking parameter slider you operate with an array of fairly sophisticated processing under the hood, which makes it very easy to use. 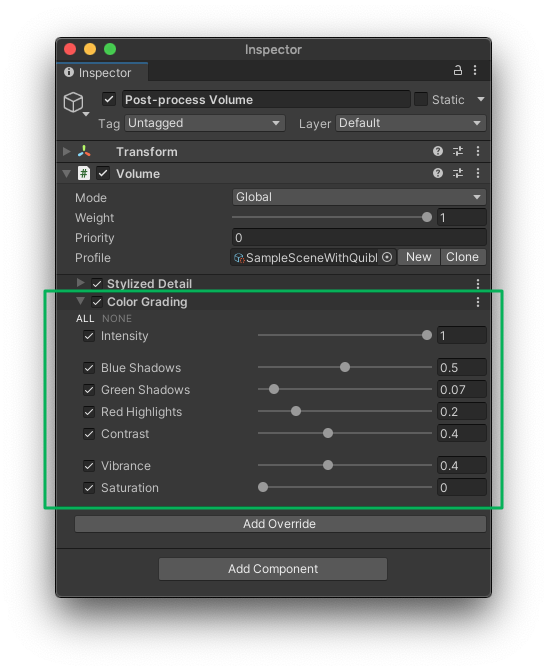 STEP 2. After STEP 1 above is completed, as the Stylized Color Grading effect is a Volume Override created to be used in the Volume component of the camera, it should be added as a part of the post-processing onto the camera. The steps are below.

Stylized Color Grading effect is ready to be used now.

In the Demo Scenes everything has already been set up and are ready to be used. Once you set up Quibli as described in the installation guide, all the Forward Renderers, Renderer Features and Volume Overrides are already installed and configured.