Cloud3D shader is an easy and flexible way to add the clouds to your scene. It works the best with the models processed with the Foliage Generator. with the models planes, or quads, and it works regardless of whether you have the skybox or not. The shader is applied to 2D objects like Quads.

There are Carrier models for the clouds included in Quibli, as well as are the presets for the Foliage Generator. 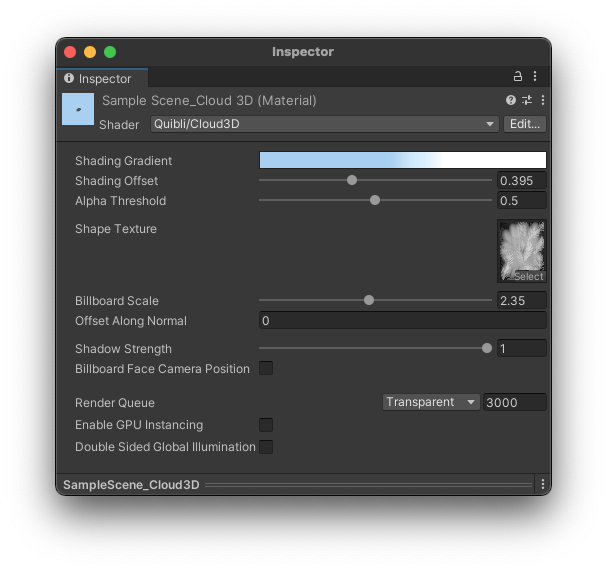 Cloud3D shader was made in a Shader Graph, so you can easily edit and modify it in the Shader Graph editor.

Beginning to Work with Cloud3D Shader

Parameters of the Cloud3D Shader

The same Gradient Editor is available for the following shaders: Stylized Lit, Foliage, Skybox, Cloud3D, Cloud2D. You can find the detailed explanation of the Gradient in the ‘Gradient’ sub-chapter of ‘Stylized Lit shader’ chapter