The Foliage shader is a specialized shader to be used with the models to give them a foliage look. We’re talking not only about the ones made entirely using the Foliage Generator tool, but also other models run through Foliage Generator, including primitives, letters, monkeys, everything you usually want to cover with leaves. 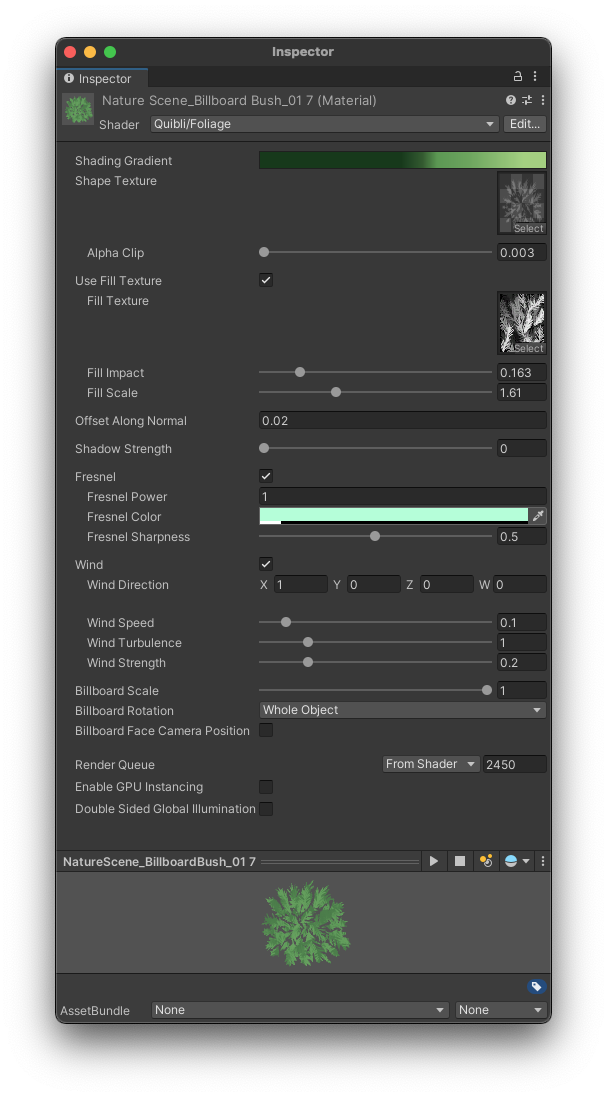 It is highly recommended that you opened, for example, the Plants demo scene, located any of the plants in the Hierarchy panel and experimented with its own material, which carries the Foliage Shader. Please, remember that all parameters have mouseover tooltips. If you find any of them unclear, please, shoot us an email an we’ll try to improve them.

A brief tutorial on creating and shading a basic plant in non-billboard, billboard ‘Each Face’ and billboard ‘Whole Object’ modes

Beginning to Work with the Foliage Shader

Parameters of the Foliage Shader

Shading Gradient Opens the Gradient Editor where you can choose the colors for the material.

The same Gradient Editor is available for the following shaders: Stylized Lit, Foliage, Skybox, Cloud3D, Cloud2D. You can find the detailed explanation of the Gradient in the ‘Gradient’ sub-chapter of ‘Stylized Lit shader’ chapter

Apart from its texturing purpose, Fill Impact is useful for making the Particles intersections less visible, particularly, in Billboards in Each Face mode. 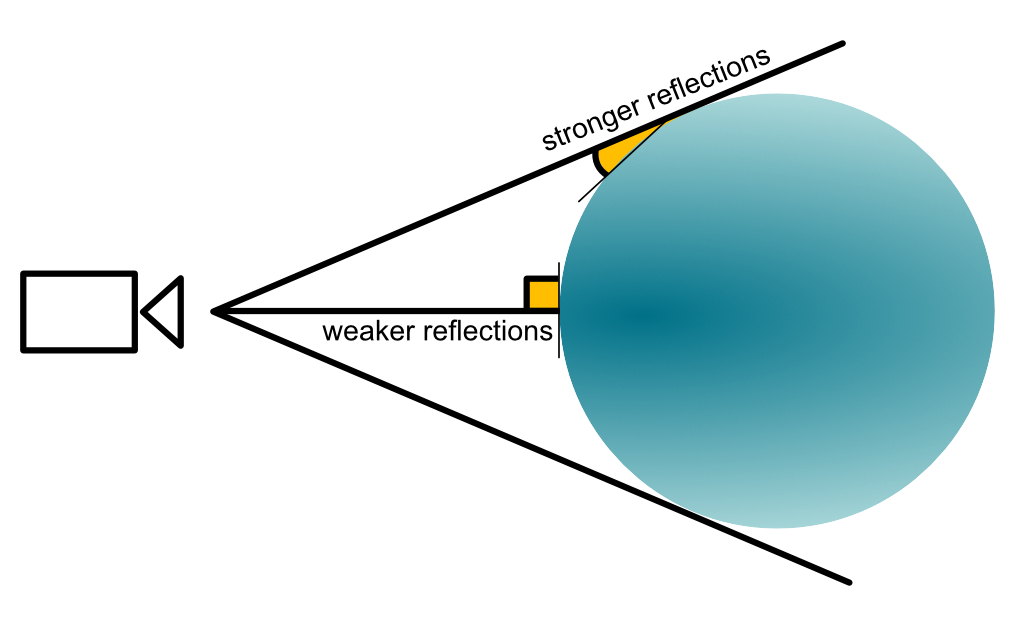 The Wind part of the shader allows you to apply a shader-based displacement to the mesh(-es) the material is applied to. The movement is reminiscent of grass bending in the wind.

‘Billboard’ means that the meshes always face the camera regardless of the camera’s position and/or rotation. It is a handy feature because you can make up the plant model from only a handful of planes to spare resources, and this plant will often create an impression of a more complex one. Also, sometimes it is possible to achieve a specific look only if using billboard plants.