Electric wires seem to be the Thing in Japan. We made a tool that makes wires in your scene. You’ll need to have two points distanced somewhere over the scene, and the renderer will generate a wire (or multiple wires at once) for you. Between these two points you can have either one or as many wires as you’d like, with or without curvature and width seeded-random variation.

Of course, Curve Renderer can be used not only for generating the wires. Its core function is to make curves render them as meshes.

A good place to look at Curve Renderer in action is to load the included City demo scene. This scene has many groups of A and B points, which are used to generate a web of wires. Once you locate the Wires Game Object (folder) in the Hierarchy panel, inside Scenery Game Object (folder), please, select it and look at the Inspector panel, you’ll find all the parameters for adjusting the look of the wires.

Beginning to Work with Curve Renderer

Parameters of the Curve Renderer 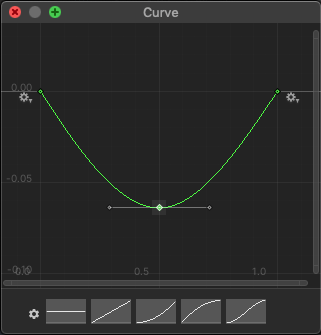 Curve editor, which opens up once you click on the ‘Curve’ parameter 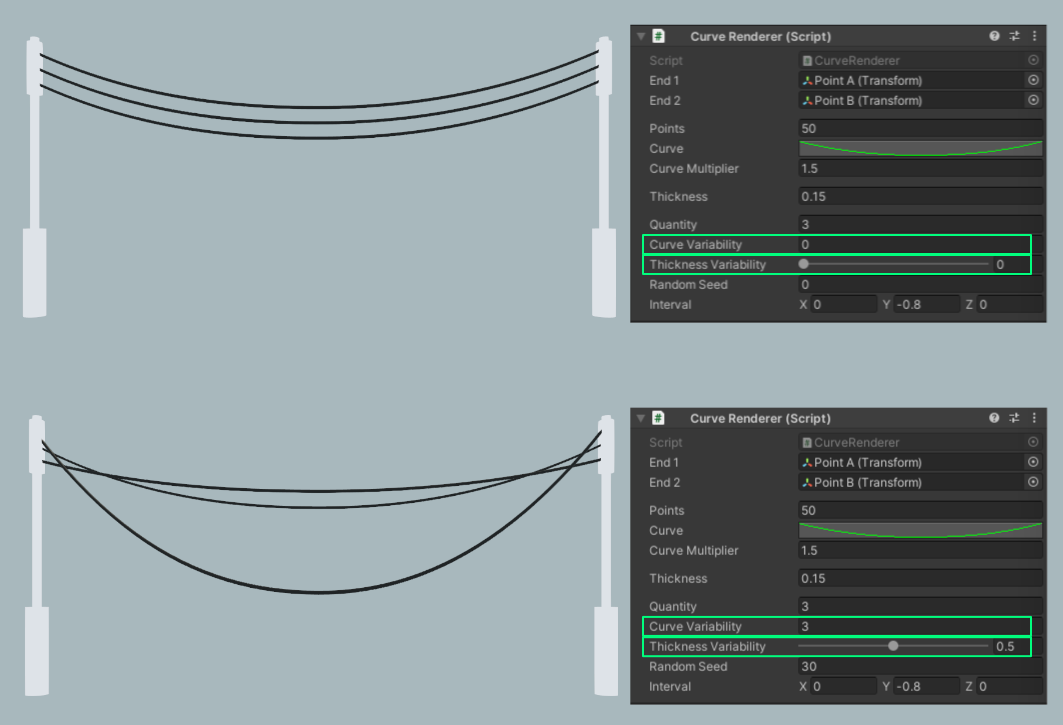 Curve Renderer variability parameters bypassed and engaged. On the upper example there is no variability. On the lower example you can see that both _Curve Variability_ and _Thickness Variability are used, as well as the _Random Seed_. The _Quantity_ is set to ‘3’

When you change the seed of the randomness (variation), it is fixed so that once you have a good seed, it won’t change upon the scene restart.

When you have at least one container with pair of the points set up, please, launch the scene (press Play) to generate the curves between these points. Once the curve is generated, there is no need for launching the scene again to update the parameters. The launching is needed when you move the End points.

As it was mentioned earlier, once you load the Curve Renderer, a Unity Mesh Renderer is created, too. In this Mesh Renderer you can find a Materials part, which lets you choose the material for the generated mesh. A simple lit shader will do.

Material slot in the Mesh Renderer

As the exported mesh is not cut in stone, you can always get back to any of the Game Object containers carrying the Curve Renderer and tweak the parameters.

You can duplicate the Game Object Containers, move the End points, press Play and you’ll quickly have another independent curve. This way it is easy to populate the scene with, for instance, wires.