The Light Beam shader can be used for the light rays as seen in the anime movies, as well as for other creative cases. For example, it can play the role of a foggy halo in the background, or a light sword. The Light Beam shader has an ability to decay with distance — once the needed parameters are set up, the halo, for instance, will be visible from distance but will gradually become less visible (more transparent) as the camera approaches it. The Light Beam is in HDR colors, meaning that it can glow if the scene has some kind of a bloom in it. 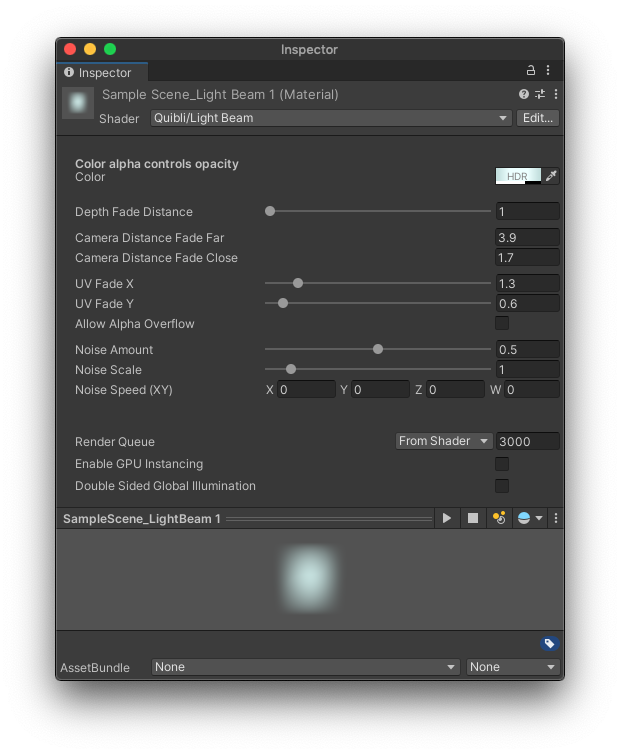 TIP. One of the pro-looking use cases of Light Beam can be highlighting some kind of a power-up item located in the scene in some distance from you, reminding you to pick it up. As you approach it, the effect has an option to decrease its intensity.